As if the speculation of Black Lives Matter being funded by white liberals needed any more ammunition. Ha! Well, here’s the proof. Looks like more money is being pumped into the organization. The sad part is, it will be used in the upcoming elections to get Hillary Clinton elected. After that, it will be discarded until they need to use blacks again for their evil deeds.

They funny thing is, many of these groups are pro-LGBT. Which supports the Hotep notion that there is a deliberate agenda to push homosexuality into the black community. Genocide, being the motive.

Some of the biggest donors on the left plan to meet behind closed doors next week in Washington with leaders of the Black Lives Matter movement and their allies to discuss funding the burgeoning protest movement, POLITICO has learned.

The meetings are taking place at the annual winter gathering of the Democracy Alliance major liberal donor club, which runs from Tuesday evening through Saturday morning and is expected to draw Democratic financial heavyweights, including Tom Steyer and Paul Egerman.
Story Continued Below

The DA, as the club is known in Democratic circles, is recommending its donors step up check writing to a handful of endorsed groups that have supported the Black Lives Matter movement. And the club and some of its members also are considering ways to funnel support directly to scrappier local groups that have utilized confrontational tactics to inject their grievances into the political debate.

“Major donors are usually not as radical or confrontational as activists most in touch with the pain of oppression,” said Steve Phillips, a Democracy Alliance member and significant contributor to Democratic candidates and causes.

He donated to a St. Louis nonprofit group called the Organization for Black Struggle that helped organize 2014 Black Lives Matter-related protests in Ferguson, Missouri, over the police killing of a black teenager named Michael Brown. And Phillips and his wife, Democracy Alliance board member Susan Sandler, are in discussions about funding other groups involved in the movement.

The Democracy Alliance was created in 2005 by a handful of major donors, including billionaire financier George Soros and Taco Bell heir Rob McKay to build a permanent infrastructure to advance liberal ideas and causes. Donors are required to donate at least $200,000 a year to recommended groups, and their combined donations to those groups now total more than $500 million.

Endorsed beneficiaries include the Center for American Progress think tank, the liberal attack dog Media Matters and the Democratic data firm Catalist, though members also give heavily to Democratic politicians and super PACs that are not part of the DA’s core portfolio.

While the Democracy Alliance last year voted to endorse a handful of groups focused on engaging African-Americans in politics ― some of which have helped facilitate the Black Lives movement ― the invitation to movement leaders is a first for the DA, and seems likely to test some members’ comfort zones.

The groups that will be represented include the Black Youth Project 100 (a pro LGBT organization), The Center for Popular Democracy and the Black Civic Engagement Fund (pro-LGBT) , according to the organizer, a DA member named Leah Hunt-Hendrix.

An heir to a Texas oil fortune, Hunt-Hendrix helps lead a coalition of mostly young donors called Solidaire that focuses on movement building. It’s donated more than $200,000 to the Black Lives Matter movement since Brown’s killing. According to its entry on a philanthropy website, more than $61,000 went directly to organizers and organizations on the ground in Ferguson and Baltimore, where the death of Freddie Gray in police custody in April sparked a more recent wave of Black Lives-related protests. An additional $115,000 went to groups that have sprung up to support the movement.

She said her goal at the Democracy Alliance is to persuade donors to “use some of the money that’s going into the presidential races for grass-roots organizing and movement building.” And she brushed aside concerns that the movement cold hurt Democratic chances in 2016. “Black Lives Matter has been pushing Bernie, and Bernie has been pushing Hillary. Politics is a field where you almost have to push your allies hardest and hold them accountable,” she said. “That’s exactly the point of democracy,” she said.

In fact, one group set to participate in Hunt-Hendrix’s dinner ― Black Civic Engagement Fund (pro-LGBT) ― is a Democracy Alliance offshoot. And, according to the DA agenda, two other groups recommended for club funding ― ColorOfChange.org (another pro-LGBT organization) and the Advancement Project ― are set to participate in a Friday panel “on how to connect the Movement for Black Lives with current and needed infrastructure for Black organizing and political power.” 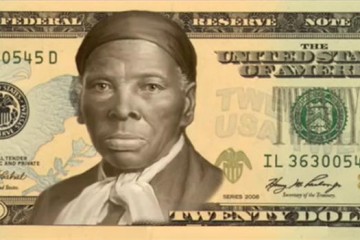