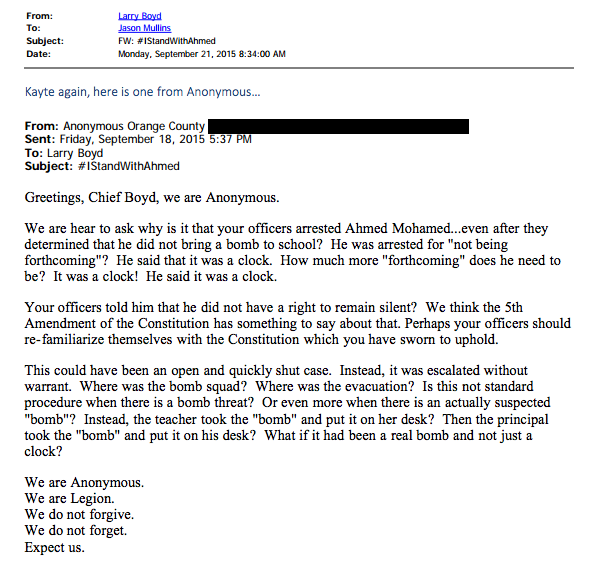 “This is what happens when we (Irving Police Department) screw something up,” Rodney Bergeron, an officer in the county, wrote to some of his fellow officers. “If you have to go to your Sgt., and the Sgt. has to go to the Lt., and the Lt. has to go to the Capt., and the Capt. has to go to the Assistant Chief to make a decision on whether to arrest or not, then you probably shouldn’t make the arrest until more investigation is done. That thing didn’t even look like a bomb. And now, the kid is being made into a hero. And, the city is going to pay big for this one. He won’t need a scholarship to MIT.” 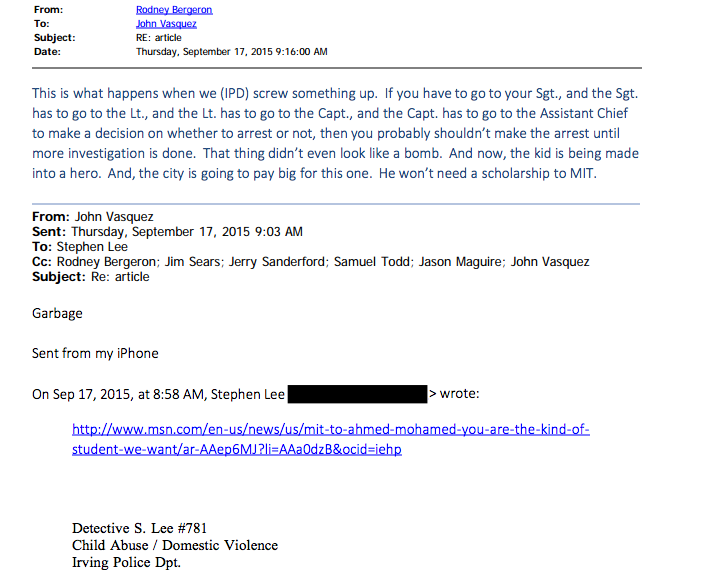