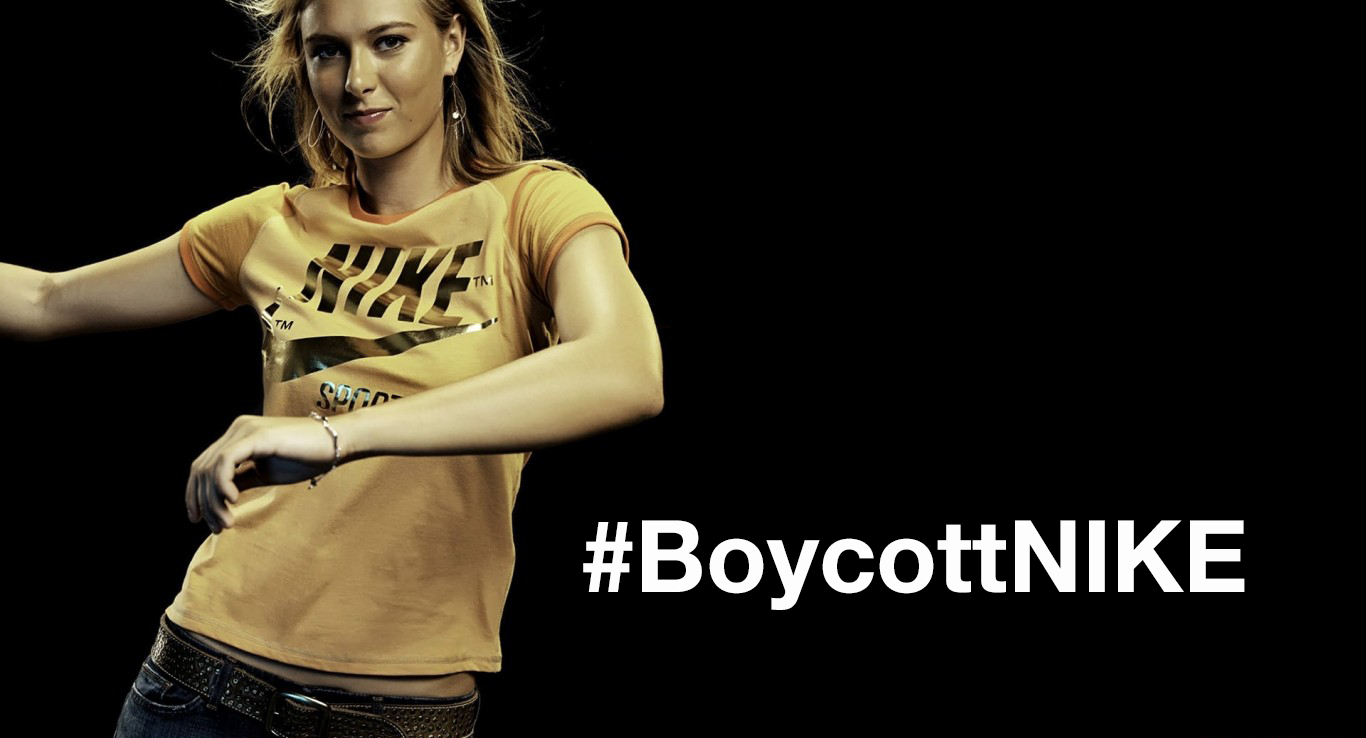 Recently, Maria Sharadopa, oops I mean Sharapova, received support from Nike amidst her sports enhancement drug scandal. How much different would this have been if Serena Williams was caught “doping”? We can only speculate.

Ray Rice, Manny Pacquiao, Lance Armstrong, Tiger Woods, and others all lost contracts from Nike for various reasons. Why the leniency for Sharapova? Is this because she’s a woman? If so, doesn’t this throw the feminist argumenet out the window? Isn’t this ‘female privilege’?

I’d like to call out sexism but Nike dropped Marion Jones, for similar reasons and Marion actually was sentenced to six months in jail. So, is this racism?

I didn’t think too much of this fiasco because I expect corporations to make irresponsible decisions like this. It’s all about the bottom line for them. But then, as I searched the #BoycottNike hashtag on Twitter, I found this tweet:

So I'm being forced to scratch out of the rest of my races. Possibly even the trials smh. Thank you @nike for trying to keep me from running

A black runner by the name of Boris Berian was recently banned from running in his next few races because of a restraining order from Nike. His contract with Nike ended in 2015 but Nike claims that they had the right to renew or match an offer but Boris already signed with New Balance at the top of 2016. Is this fair? Is this integrity? With Sharapova on board, are they THAT desperate to keep Boris?

Nike is definitely not choosing to keep Sharapova on because of integrity, that’s for sure. There’s no integrity in doing drugs. So is it all about the Benjamins? If it is, wouldn’t it behoove “the people” to take a stand and boycott Nike until they drop Sharapova?

Isn’t it time for the people to hold corporations accountable for their actions? Or are people so caught up in the marketing that they just can’t let go of their favorite brands? Are brands really that important to people’s lives? If so, isn’t that sad?

Go on Twitter and support #BoycottNike if you still have integrity.