It has been no secret that since the inevitable uprising of the Hotep Nation that the groupthink known as Black Twitter would continue to attempt to discredit Hoteps and anybody that even remotely affiliates themselves with us. We are not surprised, we understand that people have been lulled to sleep with lies and propaganda since they could recognize sounds and shapes, so when faced with uncomfortable truths they react negatively.

While we are not surprised at the backlash, we are aware that things have been turned up a few notches on the smearing of the Hotep way of life because now we see entities like the news media are getting involved. I’ll explain what I mean..

On July 7th a man by the name of Micah Xavier Johnson allegedly shot 14 Dallas Police officers, killing 5 of them. The shooting took place after a Black Lives Matter protest of the police murders of Alton Sterling in Baton Rouge, Louisiana and Philando Castille in Falcon Heights, Minnesota. Reportedly Johnson, an Army Veteran was filled with so much rage about the latest shootings of black men by police that he took a sniper rifle and went on this rampage against the police (which is reported to be the biggest attack on law enforcement since 9/11). Johnson later was killed from what have been called a Bomb Disposal Robot.

Now here’s where things get fishy. Both Micah and Gavin’s social media pages exhibited things that most people would consider “Hotep”. They both sported African dashikis, both of them spoke on black militancy, both subscribed to Pan-Africanism. 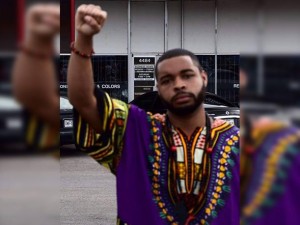 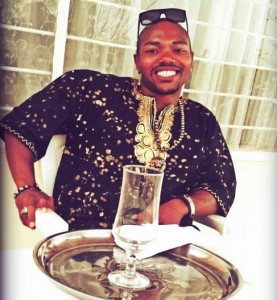 Long even had a website ConvosWithCosmo where he often made videos and articles speaking on being an “Alpha male” and how this system only respects bloodshed or revenue. Essentially all the keywords that would have one make an assumption that these men were Hotep, even despite Micah displaying that he didn’t know what Hotep was.

Because the news media doesn’t know what Hotep is (yet), they will primarily associate these alleged shooters with Black Lives Matter. However, another term they use is “Extreme Black Nationalists” which is how they describe groups like Pan-Africans. We know that if you showed the majority of BLM these men’s social media pages they would most definitely consider them Hotep as you can see below:

Really, the only category that fits for Gavin Long was that he was a #Hotep: https://t.co/LZ2fGW4ZXL Even still, he was his own crazy.

Micah a damn Hotep bout to get us all killt.

As we’ve seen, once an idea builds traction on the social media it starts to manifest itself in other ways. When people say that these men are Hotep, they are doing so to continue to discredit us. By again separating themselves from us in a “That’s not us killing cops, that’s the Hoteps” kind of way, we can see how this type of smearing is getting larger branching out to multinational news outlets. What these men allegedly did is NOT Hotep, we do not condone the senseless murder of innocent people in any shape or form. Hotep, among other things means “Peace”.

We’ve also seen how black media outlets are continuing to try to dim the light of Hotep by the way of denouncing boycotting. Boycotting has been an idea that Hoteps have been promoting and living for some years now and recently it began to gain traction after the killing of Alton Sterling. Residents in Baton Rouge started boycotting and it spread to other places, even resulting in rapper Killer Mike encouraging more than 8000 people to open up accounts with black owned banks.

To anyone with common sense this would sound like a great thing. Blacks are taking back charge of the power they posses via their dollars and are spreading it amongst themselves in the black community. But no, boycotting according writers at Blavity is a “Hotep Pyramid Scheme.” Now, we all know this makes no sense because in order for this to be a pyramid scheme, Hoteps would have to be at the top collecting all the money and that’s obviously not the case. Very dumb simile, to be honest.

Boycotting while black: The hotep pyramid scheme that needs to be severely revised https://t.co/243WVJLosn pic.twitter.com/XXuKEj5U8a

What it IS though, is the mentality of someone who understands their power and uses it to their benefit instead of continuing to empower the entities that are against them. Boycotting brands like NIKE, H&M, McDonald’s, Starbucks, etc. is something that most people, black or otherwise are not willing to do. People have grown too accustomed to spending their money with them so when people dare to take a stand and not participate they are demonized and called “Hotep”.

This constant degradation of the Hotep Nation isn’t all bad though. Because of all the attention the name is getting, more people are asking “What is Hotep?” which allows us to be able to properly educate them on what we are about. More often than not the people are receptive to what we have to say and actually start seeing themselves in what Hotep is. This only allows us to grow as a people.

So please, understand that we see you and your Hotep slander, but we also thank you. Hotep is the new black and more and more people are getting hip to what this is all about. Please keep writing your articles, recording your podcasts, tweeting your tweets, making your videos, everything. Hotep is here to stay whether you like us or not. Prosperity at Any Cost, Independence by Any Means. Hotep.