The answer to this question is simple. Hoteps remind blacks of the responsibilities they have to take on in order to liberate themselves from so-called oppression. Responsibilities take sacrifice and people, not only blacks, hate sacrifice. They want to indulge in everything the ego tells them to. This is a weakness! And pain is weakness leaving the body. Blacks are too comfortable and are afraid of pain. No pain, no gain!

In order for you to understand my thesis better, I’ll break this down into three basic parts that have already been embedded in everyone’s subconscious: mind, body, and soul.

First, blacks MUST take self-accountability. When we look at the social media landscape, they obviously love to side-step this critical undertaking. Everyone, especially Black Lives Matter, wants to point the finger everywhere but at themselves. They chant black girl magic, black girl rocks, melanin this and melanin that. If blacks are so great then how come they are being held down by an outside entity. This is contradictory. When Hoteps bring this up, they are met with bigotry. In my opinion, on social media, Black Lives Matter resembles bigotry at its peak! Disagree with one of these people and see how fast you will be blocked or “dragged”.

Blacks must divest from other cultures and invest in themselves. Blacks invest a tremendous amount of money into every other culture but themselves. They wear the clothing of Europeans and brag about it (Gucci, Louis Vuitton, Nike, Victoria’s Secret). But when one wears a dashiki or ankh around their neck, they are deemed Hotep, in the derogatory sense of the term. This is evidence of self-hate. How can you blame white supremacy for all of your problems but then consistently give your paycheck to them? Blacks must start creating their own clothing and wearing it. Dr. John H. Clarke said that if a people don’t even make their own underwear, they are doomed to fail.

We must also withdraw our attention from so-called white supremacist created media. Blacks place their attention everywhere but themselves. They are fixated on celebrities but very rarely anything edifying. These same celebrities create a funnel of revenue for so-called white supremacy, which never trickles back into the community unless its in the form of a liquor store. Every time you turn on your TV, you are supporting white supremacy. The women do it with their incessant desire for gossip tv like Love and hip-hop and Empire, which perpetuates IGNORANCE. Remember when black TV shows had FAMILY values that weren’t defunct and had professional careers? Like The Fresh Prince of Bel-Air, Family Matters, Martin, A Different World, and the Cosby Show. This list goes on. Where are these shows today? Gone, along with the mind of the American negro. (Sidebar: The establishment has demonized Bill Cosby and blacks have perpetuated this lie. Check the popular black media outlets run by black feminists and see how they feast like hyenas on this story. In turn, his TV show has been pulled from the networks, removing positive programming for blacks. Yes, I do believe there is an agenda.)

The men do it with sports. The men of the black nation are stagnant because of the sports industry. If it is not related to sports, rap or women I find it very hard to hold a conversation with a black man. They have nothing else in their mind. The sports industry is 99% white ownership. The same with the rap/entertainment industry. So, in essence, their desires are fueling so-called white supremacy. If you wish to ignore white supremacy then by all means, indulge in the sports. But please do not be a hypocrite and scream “white supremacy” then plop your lazy behind on the couch and watch basketball. That is hypocrisy at its height. Going back to my point on fashion, why does every black man have to wear a baseball cap? How did that become the norm? More clone-like behavior that needs to be addressed.

Also, in relation to sports, a black man feels he has nothing to live for if you take sports away. Biggie said, “either you sling crack rock or you got a wicked jump shot”. How pitiful is that? A black man is identified in his cultural habitat by his favorite sports team and judged based on his sports knowledge. Not judged by his intellect or investment savvy. A black man that does not follow sports will be defamed and ostracized by the group. I am disgusted by their lack of ambition to reach for more.

Black men treat black women like baseball cards. The more you have the more you are renowned. The black male is oversexed which keeps them in their animalistic nature which subdues their desire to search for higher ideals. Sex and drugs rule & dominate the real estate of their frontal cortex. They address women as bitches. The women even address themselves as bitches. But when a Hotep refers to their brothers and sisters as Kings and Queens, they are met with bigotry. Is this not evidence of self-hate? 1,000 bitches don’t even add up to one queen.

In regards to diet, these Black Lives Matter people will hold rallies to fight so-called white supremacy then turn around and take a selfie with their Starbucks cup. They have no idea about their slave labor practices that harm blacks in foreign nations. These people complain about slavery of the past but directly support slavery of the present. But since they don’t see it with their eyes they act oblivious. And they have no idea that their logo is REAL cultural appropriation of Yemaya, the African Goddess. They huddle up in McDonalds and fast food joints to pollute their bodies with filth. On one hand you say white supremacy is out to kill you but you have no problem trusting these people with your food. This is blatant hypocrisy as well. When Hoteps speak of holistic diet they are met with bigotry, again. 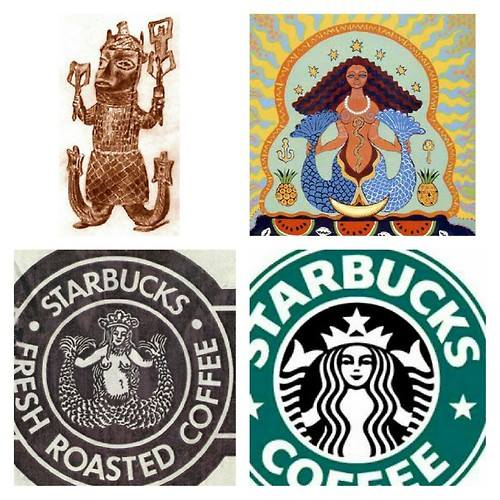 When Char thoroughly broke down the problem with menstruation she was met with social brute force. She gave precise detail on how diet can stop a woman from bleeding during their cycle. But women hate Hoteps for bringing this information to the forefront which was FAR from hidden. It’s as if they love to bleed and cramp up. If you can’t see the brainwashing in this then you are as mentally blind as the mentally challenged. They say they hate white supremacy but turn around and trust the information from white men about a black female body. This logic is elementary at best and suicide at worst. Once again, this is a tactic held by the ego to avoid any self-accountability. They don’t want to change their diet because they don’t want to sacrifice ANYTHING. In order to grow or gain, something must be lost, like the metamorphosis of a butterfly or the molting of a snake’s skin. Let go to receive!

These blacks love to be Christians, worshipping false deities like Jesus when it is a known fact that Jesus is a cultural appropriation of Heru from Ancient Kemet. How can you claim to be pro-black and then discard the ideologies created by your ancestors in favor of the so-called white supremacist system? Hypocrisy! 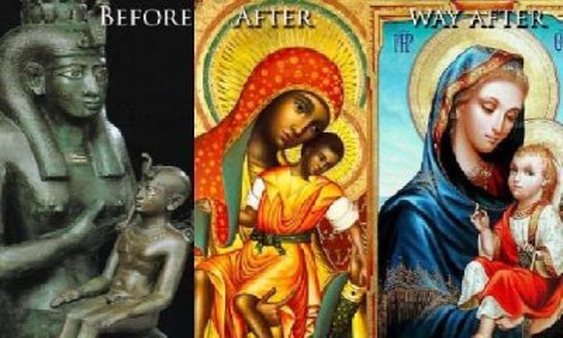 The cross represents DEATH, the death of Jesus. The ankh represents LIFE. Why are these people celebrating death instead of life? They have been misled by the same people they claim oppresses them. Hoteps are met with bigotry when these facts are presented. 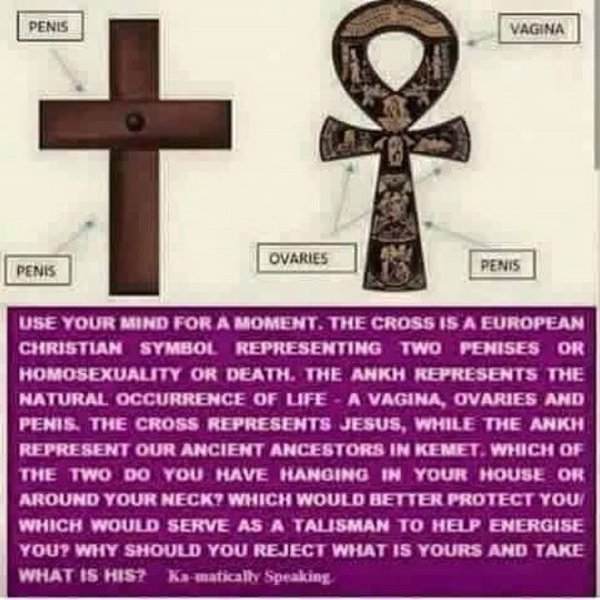 Tell these people to meditate and they’ll say, it’s evil or “I can’t”. They lack discipline but pray to white Jesus everyday. Weakness, bigotry, and hypocrisy are what I’m revealing. View the tweet below to witness RAW bigotry and self-hate.

ok, I'm wary of using the word "hotep" but one just sent me this & officially cannot stand people. pic.twitter.com/q14EPhiwo8

To conclude, blacks hate hoteps because hoteps provide the ugly truth instead of beautiful lies. Since people revere the Bible, allow me to share a quote that sheds light on this subject matter.

Matthew 7:6 – “Do not give dogs what is sacred; do not throw your pearls to pigs. If you do, they may trample them under their feet, and turn and tear you to pieces.”

These blacks are dogs or pigs. And the truth drives them to “tear Hoteps to pieces”. The only truth they accept is one that originates from white lips. Again hypocrisy!