Blacks need to get on this NOW! A buy into a 3D printing company stock may be the move. At the very least, someone black needs to get their hands on this printer and start getting to work. Imagine printing weave in your home. Now that weaves and wigs can be produced in this new manner, the wig/weave industry is sure to take off with the introduction of 3D Printed Weaves. Don’t let the asians and caucasians control this market and then turn us into consumers, AGAIN.

“We thought the two were similar, and if the glue gun could create this kind of artifact, we proposed an existing 3-D printer could do something similar and maybe even better,” Anthony Chen, the main researcher on the project, explained to Business Insider. 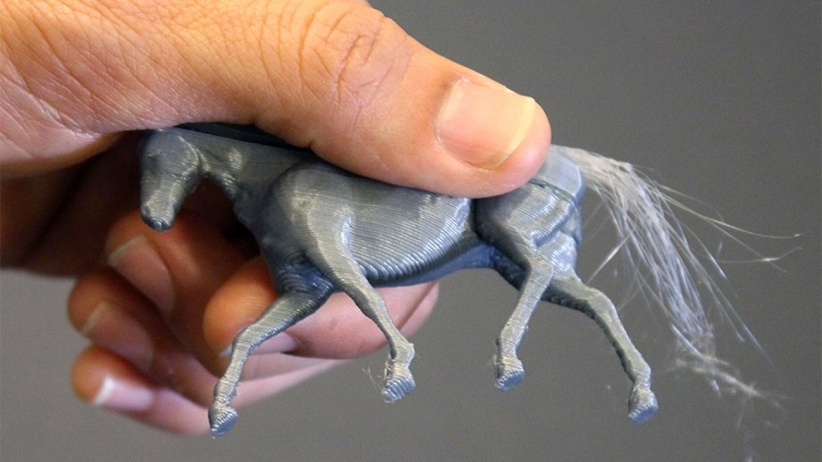 The technique — referred to as “furbrication” — can be manipulated by a number of different factors: the amount of material used, temperature, and the speed and distance the plastic is dragged by a machine. Based on these components, any 3-D printer that is designed to work with melted plastic can create either soft strands, fibers, or bristles.

different levels of coarseness can be used to make hair for a toy horse, wavy locks for a troll, and a brush to sweep up after any mess left behind. But Chen explained that he hopes this project will help users imagine more meaningful applications, like full wigs for someone who needs it — such as a chemo patient — which Chen says could be “the next step” of the researchers “system development.”

“What we learned from this project is that there’s really no limitations of existing commercial 3-D printers,” Chen says, adding that the team took on printing hair as a weekend hacking project. “The real benefit of them is that they really open up the possibilities, letting researchers, hackers, and makers to explore a larger of variety of things they can do by going deeper into their devices and the programs that control their devices.”