Nuclear Radiation from Fukushima spans 1,000mi along US shores

Radiation from Japan’s 2011 nuclear disaster has spread off North American shores and contamination is increasing at previously identified sites, although levels are still too low to threaten human or ocean life, scientists said on Thursday.

Hannibal: So, radiation from 4 years ago traveled 8,600km+ (Japan to California), washed up on US soil but the levels are too low to threaten human or ocean life. Allow me to translate. RUN FOR YOU LIFE!

Hannibal: It’s not a threat to human and ocean life, yet you have “hundreds of samples” and the nuclear power plant has been leaking for four years. And why are these guys wearing masks, if it’s safe? 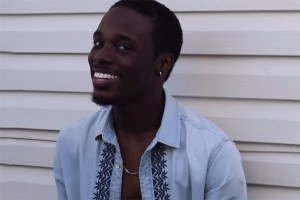 Trace amounts of cesium-134 have been detected within several hundred miles (km) of the Oregon, Washington and California coasts in recent months, as well as offshore from Canada’s Vancouver Island.

Hannibal: Is this the same cesium-134 that increases cancer risk in the human body? Oh okay, just checkin..

Another isotope, cesium-137, a radioactive legacy of nuclear weapons tests conducted from the 1950s through the 1970s, was found at low levels in nearly every seawater sample tested by Woods Hole, a nonprofit research institution.

Hannibal: Cesium-137 increases chances of cancer too. Nearly every seawater sample from over 50 years ago tested positive for cesium-137, but there’s no threat to ocean life. ?

“Despite the fact that the levels of contamination off our shores remain well below government-established safety limits for human health or to marine life, the changing values underscore the need to more closely monitor contamination levels across the Pacific,” Buesseler said in an email.

In March 2011, a massive earthquake triggered a tsunami that struck the Fukushima nuclear plant, 130 miles (209 km) northeast of Tokyo, causing triple nuclear meltdowns and forcing more than 160,000 residents to flee from nearby towns. It was the world’s worst nuclear disaster since Chernobyl in 1986.

Hannibal: A tsunami destroyed a nuclear power plant that caused a TRIPLE meltdown, but nobody cares because Donald Trump and “ISIS”.

Last year, Woods Hole reported detectable radiation from about 100 miles (160 km) off the coast of northern California, and in April radiation was found off Canada’s shores. The latest readings measured the highest radiation levels outside Japanese waters to date some 1,600 miles (2,574 km) west of San Francisco.

The figures also confirm that the spread of radiation to North American waters is not isolated to a handful of locations, but can be detected along a stretch of more than 1,000 miles (1,600 km) offshore.

This story appeared on Yahoo news