Why are all of these issues popping up surrounding HBCU’s? First the UWC students clash with police and then the Mizzou death threats, and now this? Something is afoot. I have to get to the bottom of this. Election time is always sketchy.

An anonymous death threat has been made against students at Howard University, according to a statement issued by the university on Thursday.

We are aware of the threat made against the University and its students and are working with campus, local, and federal law enforcement on this serious matter. This is an ongoing investigation. However, in an abundance of caution, the University has increased security on campus and at area metro stations. We strongly encourage the campus community and our neighbors to stay vigilant and to report any suspicious activity. If you see something, say something and contact Howard University Department of Public Safety at 202-806-1100 or the District of Columbia Metro Police Department at 202-727-9099.

According to tweets from a Howard University student, the individual, who made references to the University of Missouri, threatened to kill any black person on campus after 10. 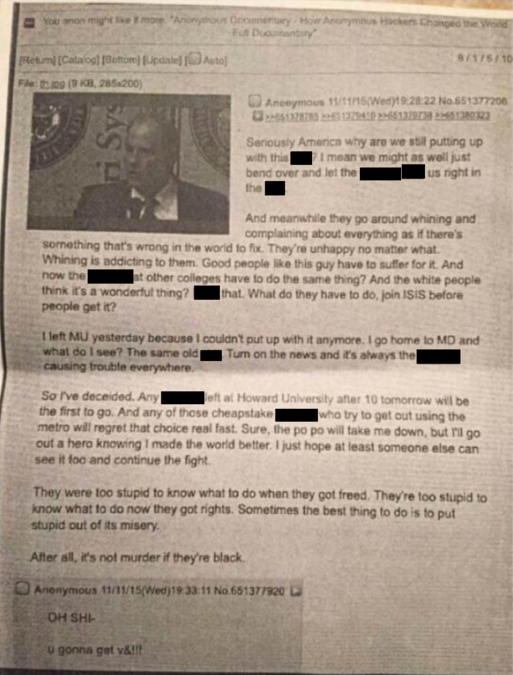 This story appeared on wusa9.com