Scientists want to bring you back from the dead

A technology company says it’s working on a project which would allow a human’s consciousness to be transferred to an artificial body after their death.

Hannibal: An artificial body? So basically, you’ll be “alive” but inside something like Robocop? Scientists are idiots. You cannot transfer consciousness, because it is cosmic and not digital. What they will do however, is transfer a sequence of data they THINK is consciousness and create something that totally is not alive but appears to be alive. They’ll study brain patterns and create a “program” based upon that, but it will NOT be consciousness because consciousness is not fathomable to the human mind. It is otherwordly. This Ex Machina is probably going to kill us all.

In what sounds like a plot from a science fiction blockbuster, tech company Humai are working on human resurrection through artificial intelligence.

Hannibal: This is more fiction than science. I hope this thing wakes up and kills everyone that created it.

They’re hopeful that the technology – bionics, nanotechnology and artificial intelligence – will be ready in just three decades.

Hannibal: The bionics will be ready but their common sense won’t be.

Creating an imprint of people to remain after they go, Humai is using artificial intelligence and nanotechnology to store data of conversational styles, behavioral patterns, thought processes and information about how bodies function.

Hannibal: Keyword, ARTIFICIAL INTELLIGENCE. Articificial as in, totally fake, not real. Just some sentient being walking around thinking it’s alive, like Johnny 5.

This data will be coded into multiple sensor technologies, which will be built into an artificial body with the brain of a deceased human.

Hannibal: Coded, as in programmed. Basically, to carry a set of procedures created by these arrogant scientists. It will do whatever is written in the code but not have “consciousness”. Grandma is gonna come back from the dead and scare the living sh!t out of her grand kids when she catches on fire trying to cook and they notice she has no feeling. Her kids will die and she’ll be sitting at the funeral like nothing happened. “Grandma” is a damn robot. 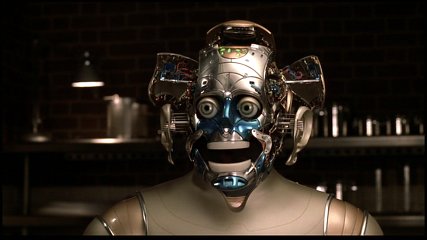 The science as they explain it means using cloning technology, they will be able to restore the brain as it matures.

Hannibal: Cloning as in a copy. Did anyone see the movie Multiplicity with Michael Keaton? Do you know what happens when you create a copy of something? It loses QUALITY. As in, its the NOT the same. They’re going to create a new person, that you think is the old person but this new person is not them. It just might look like them. New mind, new psuedo-consciousness, new everything. I wonder if these things come equipped with a soul.

Their website explains: “Humai is an AI company with a mission to reinvent the afterlife. We want to bring you back to life after you die.”

Humai, based in Los Angeles, is funded entirely by CEO and founder Josh Bocanegra.

Hannibal: Tell Josh to hop off a cliff.

Bocanegra told Australian Popular Science that the brain of the deceased will be frozen using cryonics technology so that when the technology is fully developed they can implant the brain into an artificial body.

Hannibal: This reminds me of the movie “Demolition Man” and we know how that turned out.

“The artificial body functions will be controlled with your thoughts by measuring brain waves”.

“As the brain ages we’ll use nanotechnology to repair and improve cells,” he adds, saying that cloning technology is going to help, and: “We believe we can resurrect the first human within 30 years.”

Hannibal: This is not resurrection. This is rebuilding a human body or creating a new one. Stop playing God.

Bocanegra, who says he doesn’t believe that the “body was evolved with the best possible functions” says it’s all about offering a choice.

Hannibal: Death is not option, it’s inevitable. Stop trying to dodge it. If you want to live longer, how about you stop producing fake foods, GMOs and polluting Earth?

“I personally can’t imagine why anyone would want to die but I respect their wishes.”

The company has five staff members, including two researchers, an AI expert and an ambassador.

Hannibal: Every last one of them needs to be fired.

This story appeared on mirror.co.uk 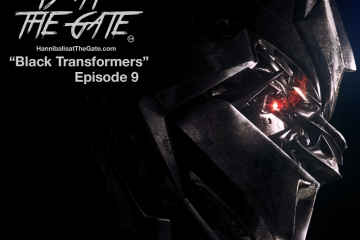