About four years ago I remember telling my parents that Hillary Clinton would win the 2016 Elections. I’ve also, predicted this on our podcast and in the tweet below on October 16th, 2015. In this editorial, I will reveal what I saw then and what I see now that assures me of this prediction.

Trump vs Hillary
Hillary will win.

When I received my first premonition it led me to do a bit of research on Mrs. Clinton. Firstly, she’s Yale alum and Yale is the home of Skull and Bones, the infamous secret society of the so-called Illuminati. Many leaders like Prescott Bush, George Herbert Walker Bush, John F. Kerry, George W. Bush, & Bill Clinton are all alumni of this University, so she’s in “great” company. Ha! “Wouldn’t it be great to keep the White House in the family”, I thought.

Her background in politics is well seasoned as evidenced by her experience as First Lady, State Senator, and United States Secretary of State. The latter peaked my interest as this position is equivalent to a Minister of Foreign Affairs. The United States is infamous for putting its nose where it doesn’t belong when it comes to foreign affairs. Military action overseas is in “their” best interest so why not have someone familiar with these things at the helm? Let’s not even go into Hillary’s Benghazi scandal.

In the International circuit, the U.S. may be perceived as “weak” by having a woman in charge. We’ll see the media say things like, “she has to prove women are tough”. Any criticism will be deemed misogynistic and unfair. This is the perfect excuse to increase military action. As you can see now with the missions in Syria and as evidenced in the past with Iraq, Afghanistan, Libya, and countless others, increased military action under the Hillary Clinton administration is inevitable.

Considering Hillary as the next president, I decided to look at the past elections of Obama. He really had no competition. Mitt Romney and John McCain were weak! Particularly McCain looked suspicious for choosing Palin as his running mate. It was as if the Republicans WANTED to lose. I saw Trump as the ideal opposition to ensure Hillary a spot in the Oval Office because I know the American people are just too afraid to see him win so they’ll pick the “lesser” of the two evils. If you’re about to die from thirst and I spit in two different water bottles and tell you to pick one, did you really have a choice? 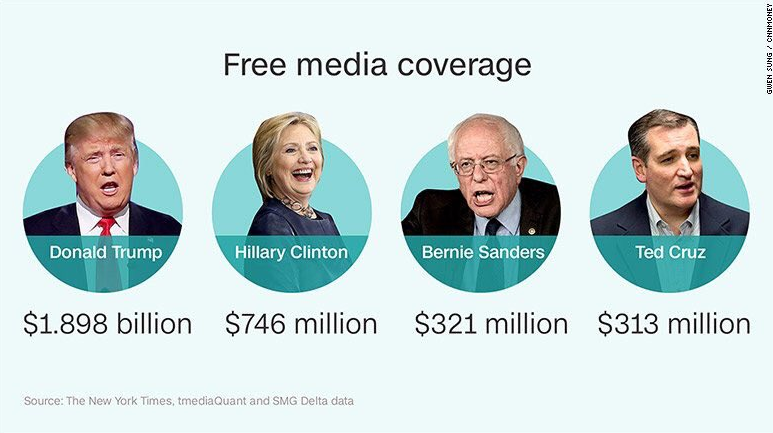 When you look at the protests of Donald Trump I knew that would backfire on the protestors because where attention flows, energy goes. Had people ignored Trump he would not be as popular. But he gained so much media coverage that there was no way he wouldn’t win the GOP. He earned a staggering $1.898 billion of free media coverage while only spending $10 million, thanks to the haters.

“If you got 14 women hating on you, you need to figure out how the hell to get to 16 before the summer gets here”. — Katt Williams

If you want to know why people should be suspicious of the elections all you have to do is look at the controversy surrounding the Bush elections of 2000 and 2004. Unprecedented recounts and derailment of recounts that occurred in both elections. Often college students argue with me on Twitter in regards to social issues and they naively believe in this corrupt system and their media. They call you Hotep when you teach. But I just have to remember that these kids were toddlers when the Bush Elections occurred. Experience vs so-called education. Children will be children… 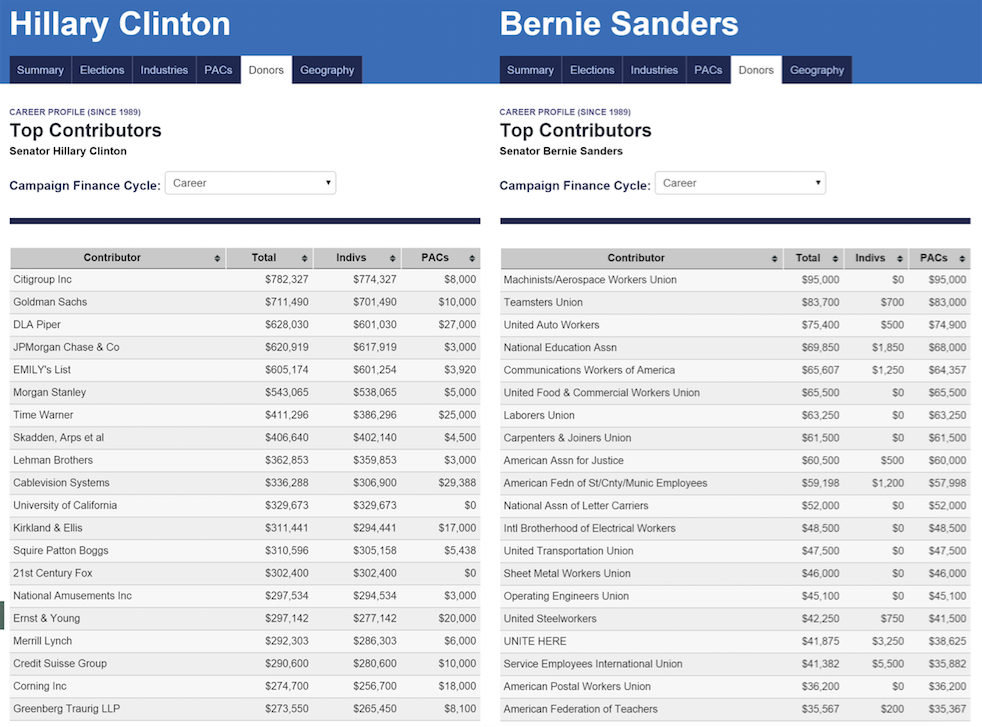 If we look at Hillary’s backers we notice that Wall Street is in her pocket with the likes of Citigroup, Goldman Sachs, and JP Morgan Chase. The “too big to fail” banks. The same banks that were bailed out when the Housing Bubble burst in the previous decade. I remember Occupy Wall Street protestors chanting, “Banks got bailed out, we got sold out”. Many people lost their homes to foreclosures when the bubble burst, for those not in the know. But anyway, when you have that type of power behind you, it’s kind of hard NOT to win.

We know how popular Obama is, especially amongst black voters, so his word is like God. Anyone he cosigns will win the election. When he officially backs Hillary, the election will be in the bag for her. He’s already done this on the sly by condemning her competition, Trump, with the line, “I continue to believe Mr. Trump will not be President…”.

Now, let’s talk about the media because it is the media that controls the minds of the American people. They sit there and watch TV so long that they are subject to its “programming”. People are oblivious to its effects so allow me to point out the obvious. 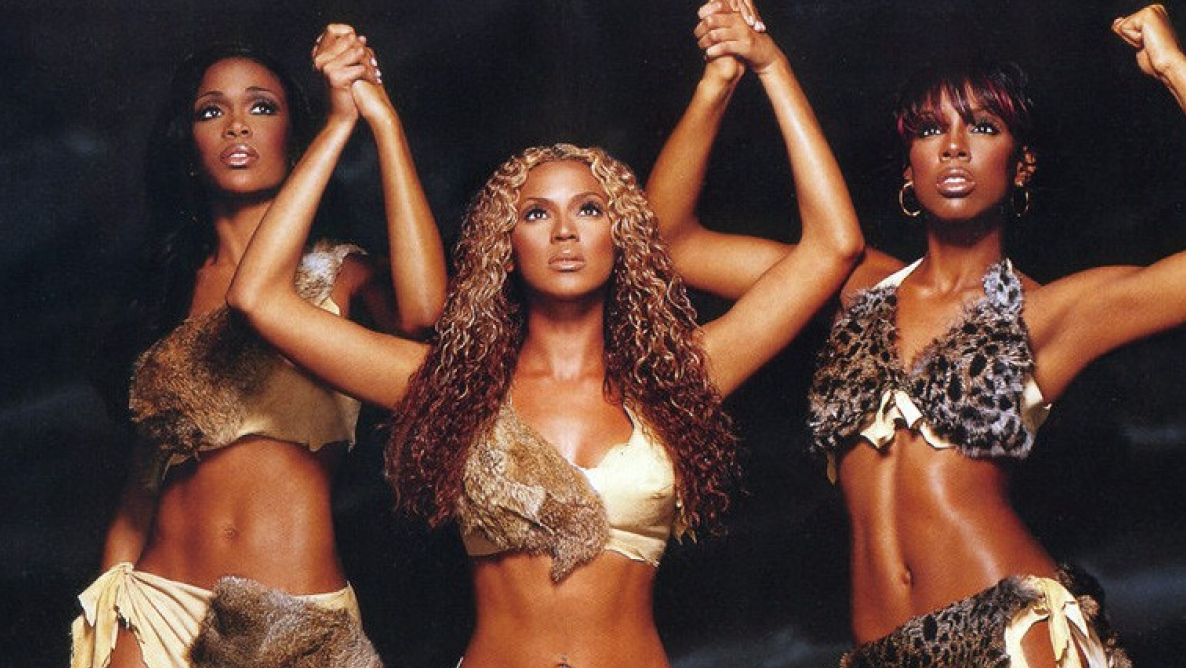 When you watch the debates, whether GOP or Democrat, you always see Hillary and Trump in the center. Psychologically the human mind places importance on anyone or anything that stands in the center of a group. For example, the leader singer of a group always stands in the middle. Take a look at Beyonce and Destiny’s Child. Beyonce was always in the middle until it became an issue for the other girls, so occasionally Beyonce would NOT be in the center. The subconsciousness of the American people was being coerced, suggested, and manipulated to see Hillary and Trump as the primary candidates. 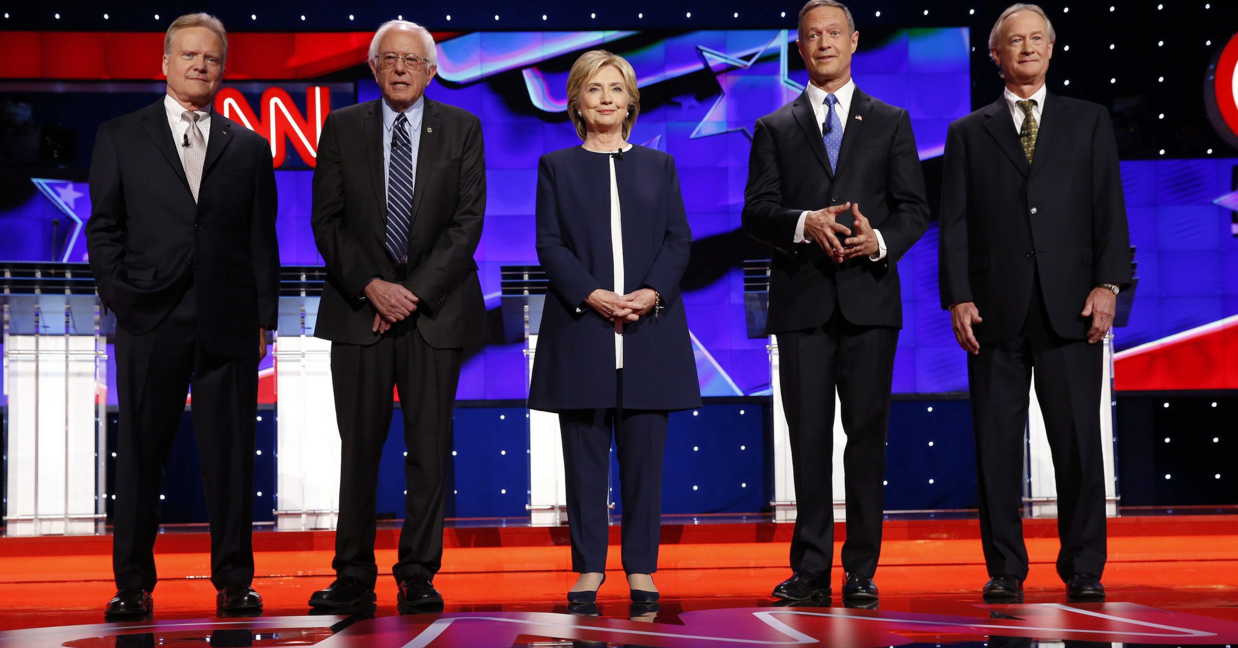 Taking another look at media, TIME magazine is a super-power in this sector. Hillary Clinton has been on their cover about 18 times according to their website. Two of these covers put her side by side with Obama. The subconscious ramifications of this are obvious. They want you to equate Hillary with Obama. Donald Trump has had numerous TIME magazine covers as well. While her democratic counterpart, Bernie Sanders, only ONCE. The American people have been mentally conditioned or brainwashed into making Donald Trump and Hillary Clinton prominent figures in their mind. 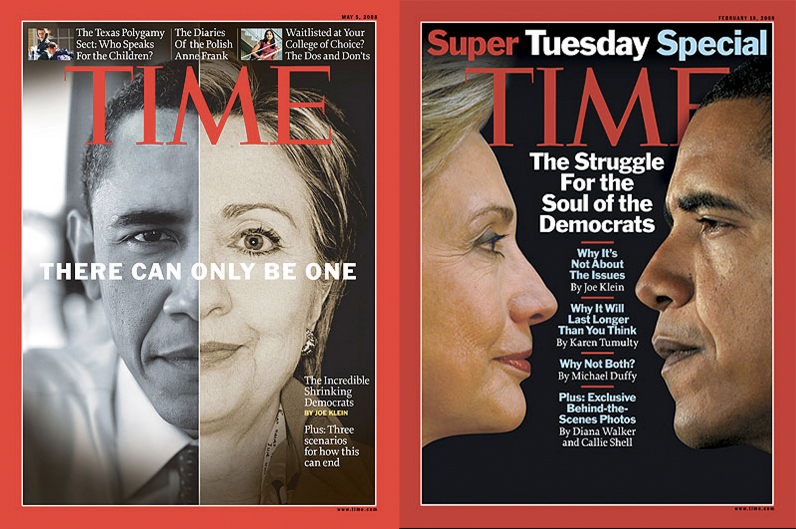 The icing on the cake is the story that can be told with a Hillary win. Headlines will read, “First black President followed by First Woman President”. The media will cash in on this story and magazine covers will become collectors’ items.

We must remember that Presidents are NOT elected, they are selected. If voting gave people any power they wouldn’t let you do it. The “Left Wing” and “Right Wing” are both attached to the same pigeon.