China declares war on ISIS after terrorists claim to have executed a Chinese hostage. China will join the war on ISIS after four of its citizens were killed by Islamist terror groups in two separate attacks this week.

Hannibal: Are we really supposed to believe this story? Here’s what I believe happened; China grabbed four random humans out of their gazillion citizens and forced them to sacrifice their life for the good of their country or someone volunteered for the position, because it meant security for their family. China only wanted an excuse to get their hands on a piece of Syria before the other hyenas (USA, France, Russia), finish off the carcass.

The vow comes after ISIS claimed to have killed Beijing man Fan Jinghui, 50, alongside Norwegian national Ole Johan Grimsgaard-Ofstad, 48, who were feared to have been taken hostage in September.

Hannibal: Where did ISIS make this claim? From their SnapChat account? Or was it from their alleged website? Or one of their 20,000 Twitter accounts? Or did they have an interview with Sway in the Morning, that I missed?

He also called on the relevant departments to boost security work “outside China’s borders”.

ISIS had earlier published pictures of the two men in two full-page posters which listed the men as ‘for sale’ in its propaganda publication Dabiq. Chinese national Fan Jinghui, 50, and Norwegian Ole Johan Grimsgaard-Ofstad, 48 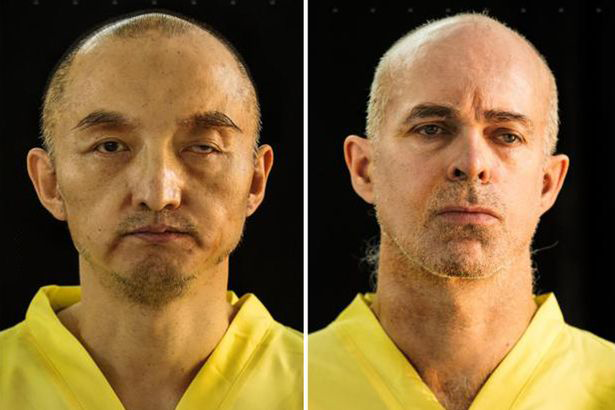 Hannibal: Dude on the left looks like he was dead already. Homie on the right looks like one of the bad guys from “Taken”. A washed up soviet spy.

The latest issue of the group’s in-house magazine featured images purporting to show the two men shot to death after being “abandoned by kafir nations and organisations”.

Hannibal: Ooooooh! ISIS has their own magazine!? Do they have photo shoots for the magazine over too? Being a terrorist must leave an awful amount of free time for the arts. They should interview Jadakiss, cuz that T5DOA is smackin!

Xi also today condemned the “cruel and savage” attack by militants on a hotel in Mali’s capital that killed more than people yesterday, including three executives from a Chinese railway company.

“With no regard for human conscience and moral baseline, the terrorist organisation still carried out this cold-blooded and violent action,” he said.

“The Chinese government strongly condemns this inhuman action and will definitely hold the perpetrators accountable.”

Hannibal: More empty rhetoric to support his claims and bomb Syria back into the stone age.

The announcement is grim news for ISIS – China has a vast military force with more than two million active personnel.

Hannibal: Grim news? ISIS has a magazine and they’re fighting USA, France, Russia & China at the same damn time. I’d say, ISIS is pretty comfortable. From the outside looking in, I think they hired The Avengers. ISIS troops must be wearing Ironman suits or something. That’s four whole world powers fighting you simultaneously, and you’re not dead? They better leave ISIS alone, because she’s a bad bitch.